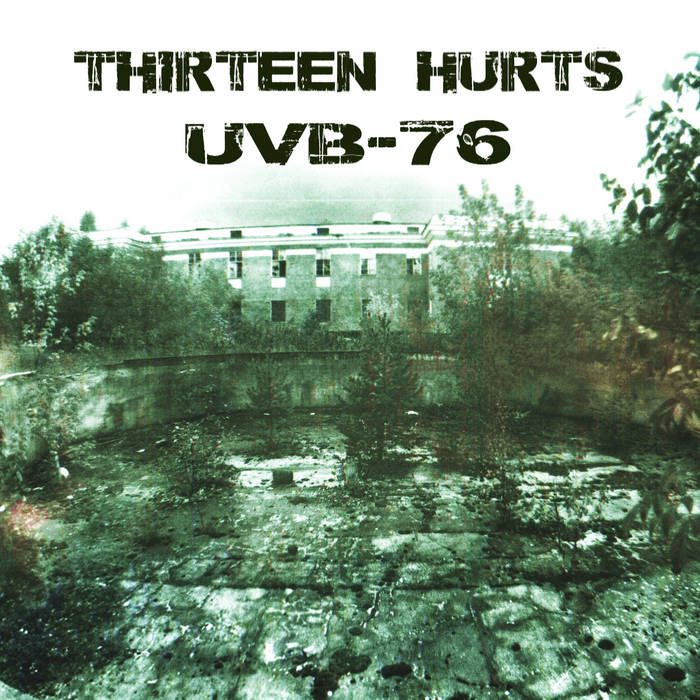 Nuclear Distortion This one is a real tickler! It has lots of noise squirts and kisses that almost sound like a lead saxophone in a free jazz jam. It also sources a mysterious crunchy Russian radio transmission. There is a ton of variety here to never sound boring.

Thirteen Hurts is a recording artist named Richard Adams who has performed at Denver Noise Fest a few times, as well as Norcal Noise Fest, and in one instance, he drove over 2,000 miles to play St. Petersburg Noise Fest. At that time, he lived in a solar powered home in rural Colorado, 6 hours from any form of civilization. I imagined him in some sort of geodesic dome listening to numbers stations and Coast To Coast AM with only the cold, dead air of winter, and hitherto useless power lines in the distance to accompany it.

Thirteen Hurts live was also quite a surprise. Whenever I see about 30 pedals sitting on a table, I always assume that there's going to be a great deal of muddy, buzzing garbage to endure, but not in this case. Each time I saw this phenomena, there was such a level of control and focus, also accompanied by a casual, playful demeanor, that it looked like that of a practiced, serious scientist, or maybe a "rocket surgeon" would be a better term. The assurance that this person could fix a car or save a life while laughing, chatting, and gesticulating, came to mind. The man was like a ninja with his pedals, building little ditties and then destroying them with epic blasts of clearly articulated, yet cataclysmic, disastrous noise.

It's only appropriate then, that NO PART OF IT is releasing UVB-76, an album inspired by a Russian shortwave radio signal whose origin has never been found, and whose communications have been poured over and analyzed for decades. Naturally, much (actually about half, I'm told) of the source material is from radios, and certainly there will be some segments of this release that the kids will call "brutal!" and "sick!", but the depth and range of this release, like the two Thirteen Hurts CDs before them, is unprecedented. The attention to detail is without comparison. Each track is amounts to prime numbers.

At times, layers of heavily panned electric rhythms dance in and out of sync while what sounds like dying drip-drop synth burble cascades in and out of the picture. At other times, it sounds like the sci-fi soundtrack to an animal stalking its prey, despite ominous, disruptive climate patterns. Brooding, creeping static pulses punctuate swarms of oscillating ghost hiss. Musique Concret glossolalia meets high-speed cut-up squealing robot ganglia. With what seems like a minimal approach, "UVB-76" runs the gamut. Each track is rich and unique, and any two tracks would compliment eachother as sides on a stellar 7 inch. 66 minutes in duration, and not a moment is wasted.