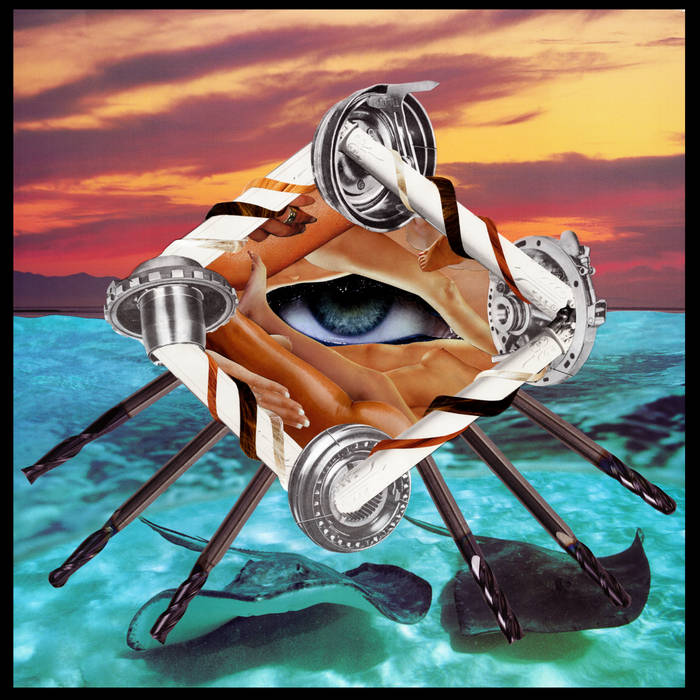 An authorized compilation as a "mix tape" for NO PART OF IT label. Curated by Arvo Zylo, this was an impetus that continued to gain momentum since the release of the somewhat pivotal V/A "Delirious Music for Delirious People" CD in 2011.

This particular comp focuses mostly on artists who are either highly inactive, side projects which have maybe fallen by the wayside, or somehow related to elements that NO PART OF IT would release if the proverbial "we" had more time and resources.

In general, the comp was assembled with an intention to have a freeform and unpredictable, yet cohesive flow; the operatic choir samples mixed with breakcore cinematics of HECATE, followed by the expert rhythmic horrorscapes of the never-released near 20 year old track by virtuoso punk rocker Infectious Rex, the pulsing funerary morgue throb of Mossy Throats, the aleatoric synth repetition of VACIO PERFECTO, the model-themed power electronics of Canadian artist MASS MARRIAGE, the Christopher Dorner inspired industrial anthem of REGOSPHERE, and so forth.

Some notes on a few entries:

The (dearly departed) TAKI PANTOS, whose CD still has no representation on the internet. TAKI performed solo accordion at Simon's tavern in Chicago for several years. He was said to have been somewhat psychic, and by a few accounts, would play medleys which would, apparently at random, reflect the thoughts or childhood memories of the nearby listeners, or otherwise, exhibit remarkable synchronicity. All that aside, Taki did a CD between his stays at the nursing home, and rumor has it, he fired all of the house musicians in the studio, and played all of the instruments on the CD himself. It was mentioned in the Chicago Reader in the 90s, and again a few years ago by Arvo as a guest of the "In Rotation" series for the weekly paper.

STATE RESEARCH BUREAU is an experimental folk project that has never been physically released and would otherwise have died an unceremonious death within the decrepit annals of myspace. The artist, who I can easily assume would prefer to remain anonymous, is also an extremely minimal noise artist with a pre-occupation with self-immolation and a severe case of schizophrenia (hence the name). The tracks exhibit soft-spoken vocals, acoustic guitar and extreme feedback used to highly evocative and penetrating effect.

OMBRELLI SCIOLTI are a guitar noise duo from Chicago, and this track is from their long sold out release on Tymbal Tapes, which was among my top favorites list of whatever year it came out by a long shot. Live, they are just as wicked, and I'm under the impression there are no overdubs, yet the spiraling loops and glimmering twang debris make heads spin like no other guitar/pedalboard maniacs I have ever heard.

CAPTAIN MISSION is a short-lived project by noise-veteran Hal McGee, and to date, as far as I know, his most musical. Hal's equally fugacious label "KASSETTE KULT" released this CM cassettte, both of which in a high quality, yet fly-by-night manner, as if it were connected, and to be brief, I can say this is one of my favorite synth albums, particularly because it plays like a noise tape, but still stands up to many legendary synth soundtracks without sounding like the same ol' arpeggio homages and gloopy histrionics.

The digital download includes more authorized tracks that could not be included on the CD.


Every track is authorized by every living artist featured and if there are copies we can send to Taki's estate, we will gladly do that upon contact.

This collection is dedicated to the memory of My Castle of Quiet / WFMU radio host, PRISON TATT label head, and good friend Wm. Berger.