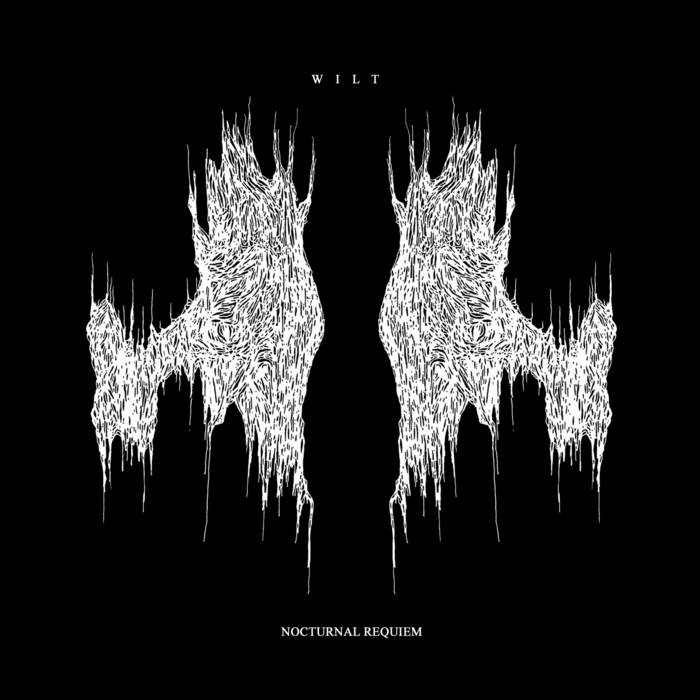 WILT is James Keeler's main project since the late 90s, and Wisconsin's best kept secret as far as I'm concerned. The feeling of rural desolation just oozes from these tracks, which maintain or expand on an industrial infused dark ambient sound nicely. There is a sense of brooding, but nothing beyond the residue of anything like a dirge exists. Masterful reverb, factory engines in the distance. Crumbling layers of synth loops being thrown off of a cliff, metallic swamp clang, utter dread and resignation. Keeler's particular take on imaginary horror soundtracks comes off like he's able to walk into an abandoned mental hospital and put all of the essence into a jar without any unnecessary bells and whistles.... or accoutrements of any kind. For those who notice the difference, this work stands alone.

There are definitely a lot of vintage synths somewhere in here, but "80s synth soundtrack" would be too lazy of a tag to place. Lots of little elements comprise a sound where no particular texture is too prominent. It's hard to tell what is a synth and what is processed field recordings of strange insects. The whole album though, could easily fit into those moments of epiphany in a horror movie, where the group of naive and sex-crazed teen day campers/life guards, in their tent in the middle of the night, realize by lantern light that they're trapped with something much stronger than them, and it's something they can't know or see, much less escape from... Moments before the axe comes down. It's hard to explain. There is an unspoken complexity in this artist's body of work. With Keeler's own "Institute for Organic Conversations" label, he's worked with subject matter expanding upon Buckminster Fuller and Lovecraftian ideas, while others are still rehashing the same emotionally stunted, serial killer bullshit.

WILT's releases always are a complete package, as Keeler is not only an accomplished sound artist, but also a graphic artist and visionary. Every detail is attended to. Through his work with various projects; Hedorah, Astronomy, and various collaborations, he's worked with several well-accomplished labels, such as Ad Noiseam, Angle, Phage, Small Doses, Urashima, Danvers State, Chondritic Sound, Cipher, Husk, Bloodlust!, Hospital, RRRecords, Turgid Animal, the list goes on.

Truth be told, WILT was the first noise act I saw live in 2003, and I still remember it fondly. The man did amazing things with a brick and some rusted sheet metal that he'd affixed little knobs to, while a video ran that seemed like a 16mm film that was pressed on dirty church windows. With that said, I'm extremely proud to present this new release and important part in the story of Wilt's body of work.

experimental no part of it noise United States