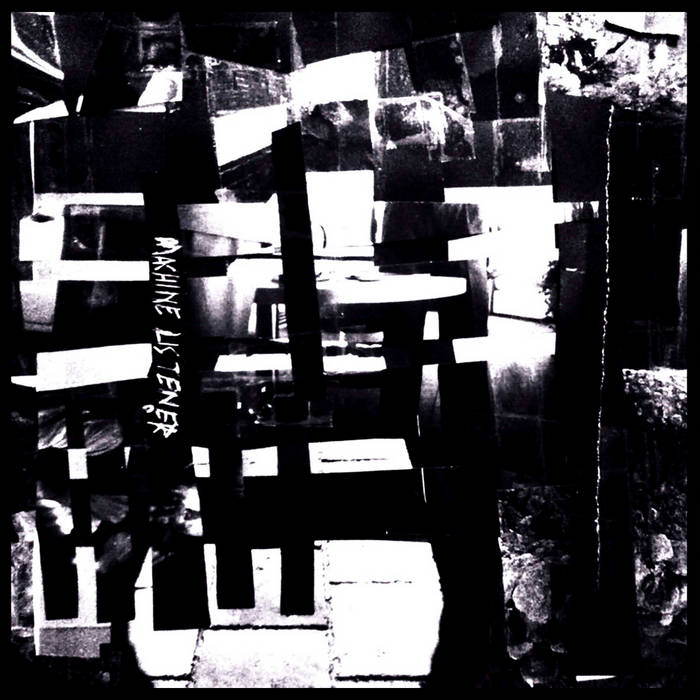 Machine Listener began with such a name, due to a project that is based on exploring and exploiting inherent characteristics from machines, and making compositions from them. In the beginning, it seems that everything from home printers to huge factory generators were used as sources. Their electromagnetic signals or the frequencies they emitted, or simply the noises they make, were the basis of compositions by sound artist Matthew Gallagher. Eventually, of course, Gallagher moved into sourcing the potential of synthesizers, both as machines and as instruments.

It can be assumed that Machine Listener's pure synth LP ("Endless Coil"), now out on Tusco Embassy, where we can guess that machines were used for their proper intention, came after "Sentient System", released in extremely limited quantities by filth-noise veteran Wyatt Howland (Skin Graft) on his own SK SK label in 2014. It is not up to us to say how "Sentient System" was created, but it is safe to assume that a little of both of these approaches were traversed, and as a result, "Sentient System" could be considered the apex of Machine Listener's adventures with mechanical, aleatoric components of industry.

Whatever the case may be, "Sentient System" is unlike any other recording you'll ever hear. It is both excellent in terms of composition and also permeated with a conceptually sound "hands off" approach, with caterwauling animal behavior, screeching panic signals and pervasive cicada hum. Some segments of these soundscapes could fit perfectly as cerebral, revelatory moments in a particularly head-fucked horror film, hewn with a certain feeling for a desolate science fiction future, or simply in mindscapes where pure noise is the end and the means. The release stands on its own, and apart from the rest, but at the same time is extremely important in adding to the legacy of industrial noise.

Originally limited to a criminally low quantity of copies, we here at NO PART OF IT are extremely excited to bring this release to a wider audience.

Reissued by NO PART OF IT, 2016
Layout by Arvo Zylo